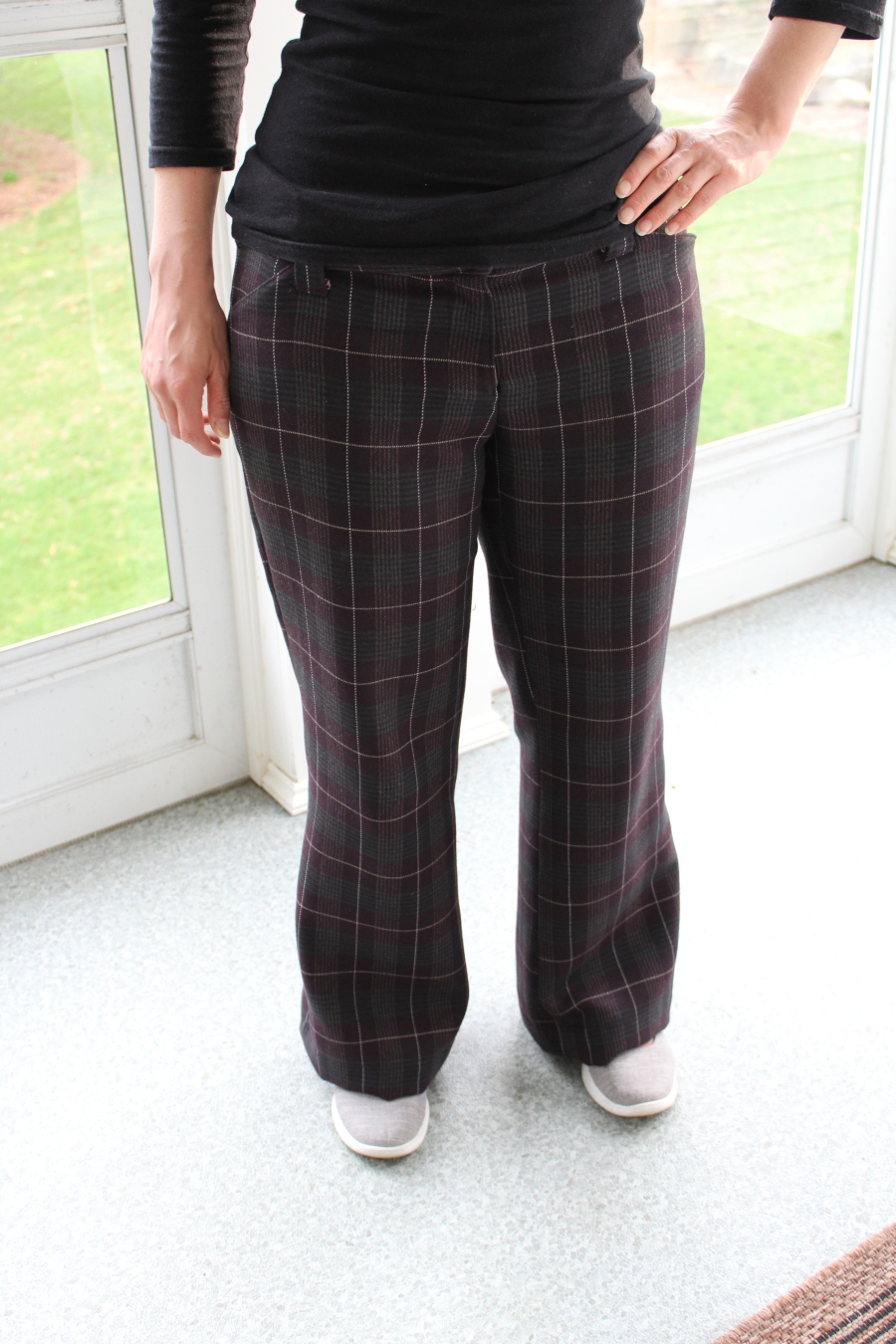 Yes, I know it’s almost May.  But I swear this a project started in March and finished in April. In part 1, I made shorts to get out some kinks while I figure out how to make actual pants.

Anyways, I finished my pants using the same pattern as the shorts from the previous post. I was so amped up after my shorts that I couldn’t wait to start on the real deal. I had been imagining these pants since I bought the fabric over 3 years ago. The fabric is a really nice (but thick) plaid flannel. I think it may be double layered since the plaid is only on one side. The pattern said not to use fabric that is too thick, so I think this choice was pretty borderline. It was definitely too thick to make a shirt with. I’m sure things were not as streamlined as they could be using such a bulky fabric, but I am still happy with the result. As you’ll find out the project was a success, however it started in tragedy!

As I was laying out my pattern pieces to cut my fabric, I noticed one was missing. This has never happened to me before, surprisingly. I tore the house apart looking for it, but I couldn’t find the back pocket facing pattern piece. It’s basically just a square, so I decided to take apart my failed gray test shorts, so that I had something to work with and could get the right size and shape. I wouldn’t have the pattern markings, but maybe it would still be okay. However, I hate losing things and it definitely caused much annoyance on my part that I couldn’t locate this.

A few days later I decided to vacuum my living room. I took the vacuum hose to get under the book case and suddenly I heard a noise – kind of like paper getting sucked in. I shut off the vacuum and what did I see…? 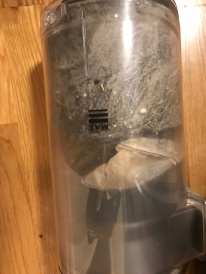 Ah! There it is! Well at least my pattern is now whole again.

Anyways, the pants were already cut out, and I took the time to try to match the plaid. This was actually quite complicated. I was able to match the front and the sides with not too much effort, but there were a lot of smaller pieces like pocket facings and welts where the figuring out the matching was not as obvious. In the end not everything really matched up – I probably could have taken some more time to figure out where the welts would be on the pants to see how it could match better. Probably the same with the waistband, although since it’s curved, it would never match completely. 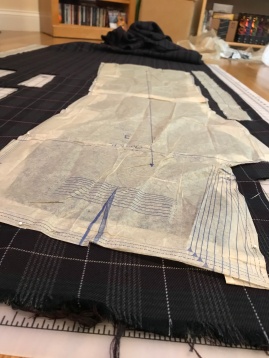 These sewed up faster than expected since I had just finished the shorts, which were great practice. The main thing to note about sewing pants is that you have to adjust the length. Because this needs to be done around the middle of the leg, there is usually some folding and taping along with the constant measuring of both leg pieces. I usually give myself a little extra length, which in this case worked because I made such a wide hem.  The best part is I got to use my awesome horse flannel fabric for the waistband lining and the fly facing. I was so upset that I’d wasted this on my failed shorts project, that I tried to work it into this project. Thankfully this is something I can wear. 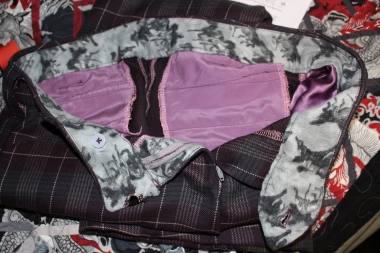 Hmm, the back plaid doesn’t match up as much as the front. However, the fit is great, especially in the back. 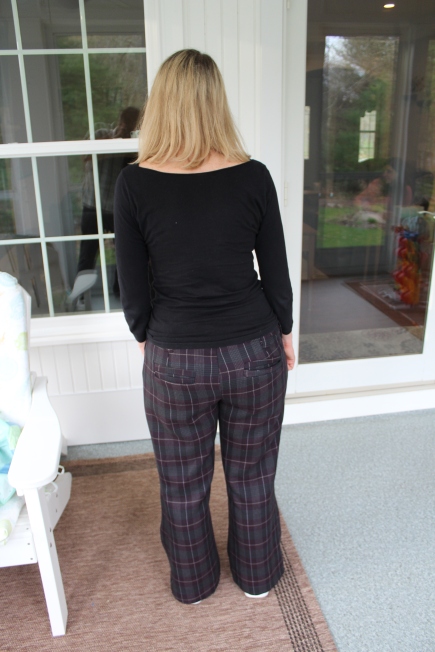 And belt loops ensures that my pants can fit, if my weight fluctuates again. 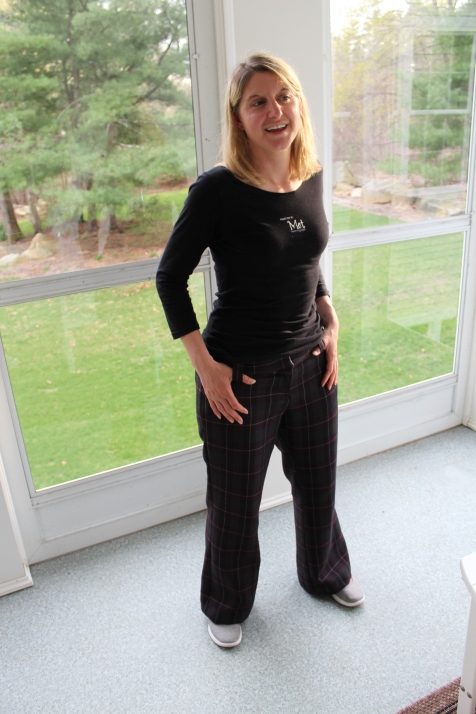 Now that these are finished, I’m a little burnt out on pants. I did have one more pants project that I wanted get out of the way – a pair of corduroys. Since I had a whole new pattern for this one, I had started a muslin to work out the fit and waistband issues. I abandoned it years ago, afraid I was going to get it all wrong again. After these last two projects, I feel like I can finish the waistband and cut into my new corduroy with a new confidence I didn’t have before. However, in the immediate future, I feel like I need a bit of a change of pace. I haven’t started planning out my spring projects yet, however I’ve been dying to figure out this whole silk dress thing for two years now. It may finally be time. 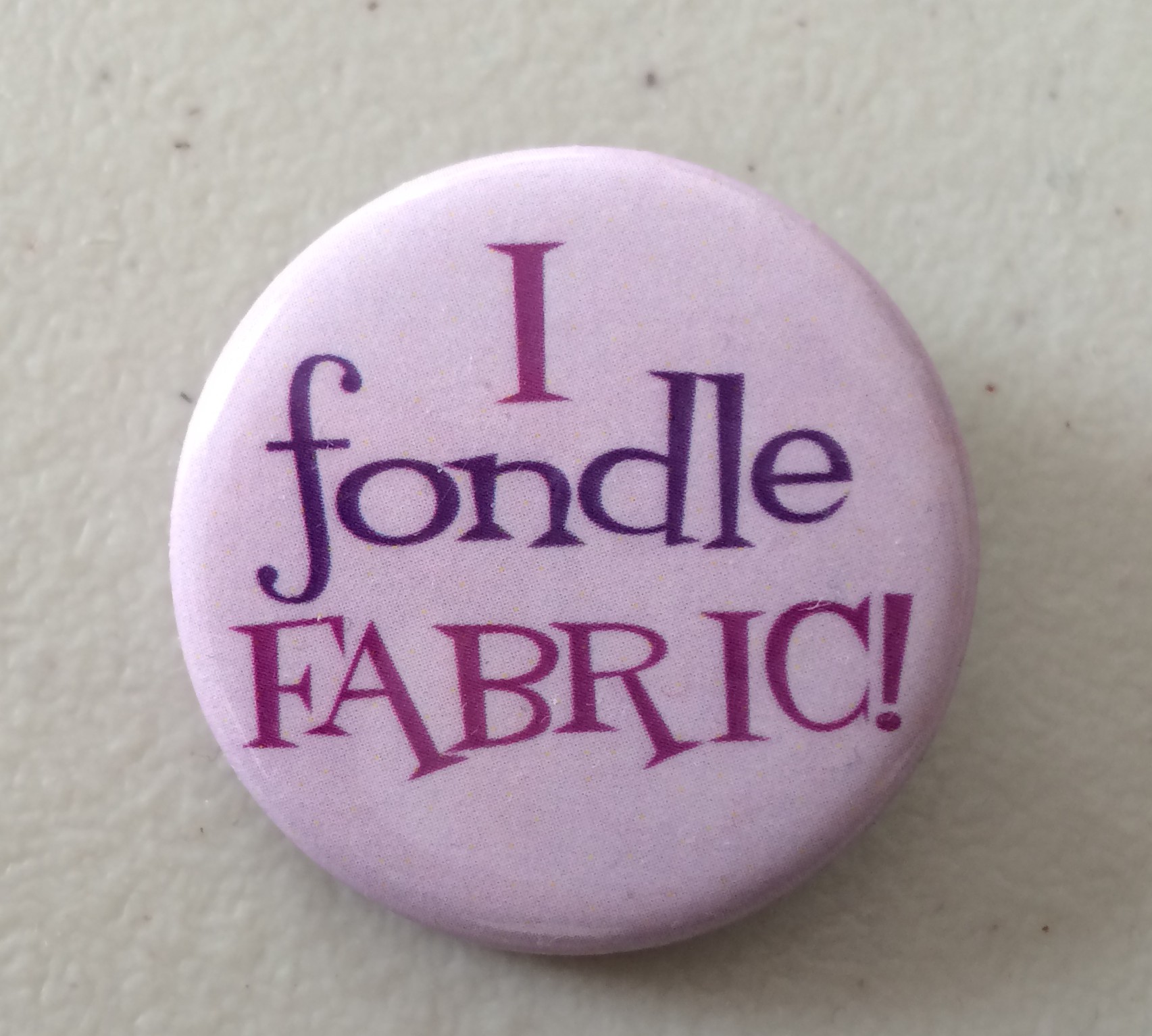